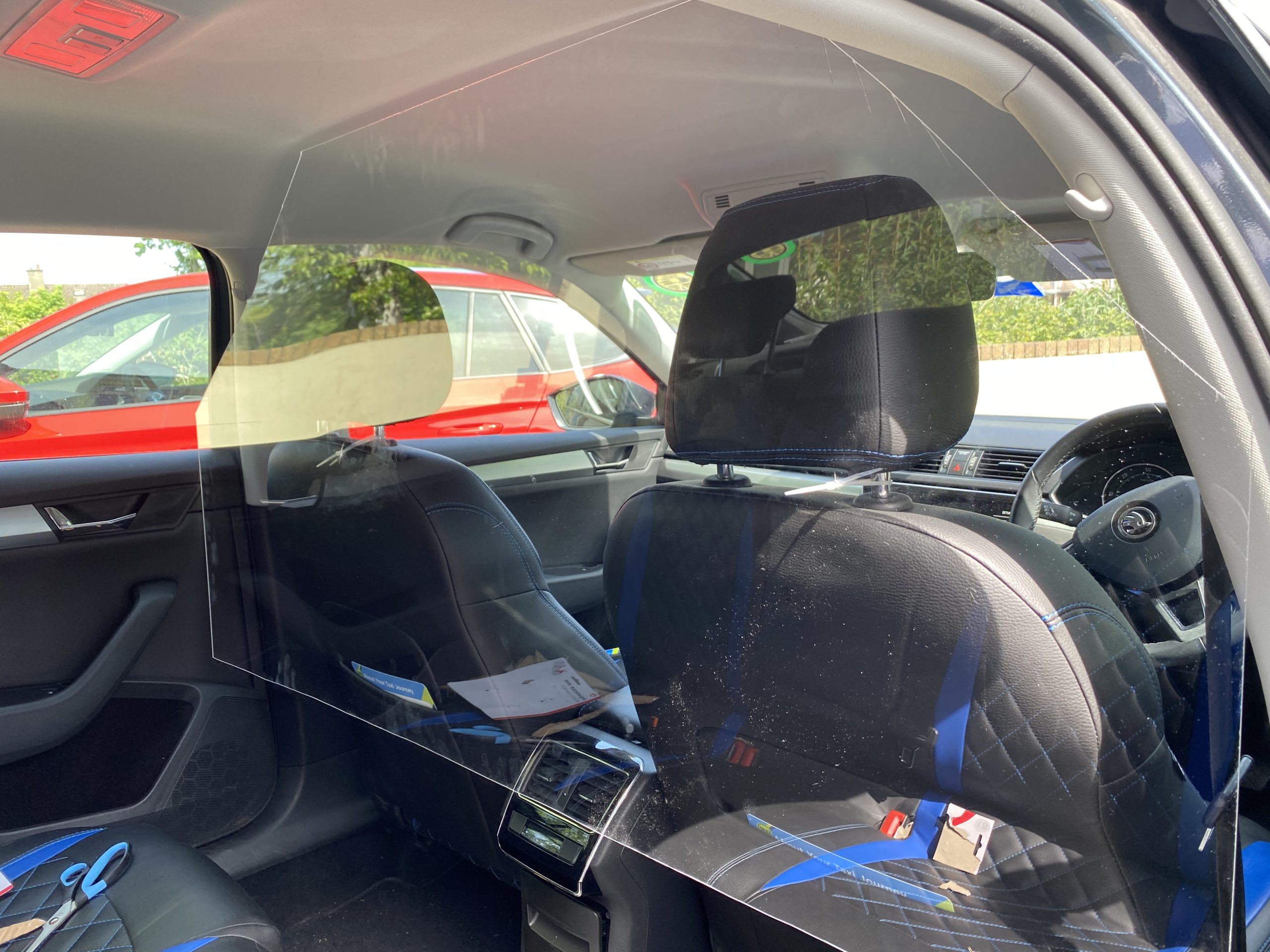 Covid 19, Sneeze guards are going to be expected, they are a barrier and a protection for both driver and passenger against virus droplets.

The Simple Sneeze Guard for a Taxi featured in this article cost €27.65 including vat for the piece of perspex from 365 plastics . (Collected in Ashbourne)

I used the cardboard packing retained from a previous purchase to make a template. I made it small to begin with, then taped on additional pieces to try to make it more fitted and symmetrical.

Honestly, this was difficult, according to research the best blade to use was one specifically designed for composites and plastic. I found them to cause the plastic to shatter as I cut, eventually discovering that a HSS blade made for cutting metals proved best, that is provided you don’t force it, even then if there is any vibration of the plastic as you cut, it can splinter. Mistakes while cutting meant my guard is smaller than I would like. So the message here is to clamp, clamp and then clamp again.

(Update) Since writing this post I have discovered that Polycarbonate sheeting is better for this job as it cuts easily, without splintering or shattering.

The Plastic is flexible enough to push in at the bottom allowing for more legroom. However I’m waiting for some foam wall guard to arrive to protect a newly painted wall being marked by a swivel chair (a recurring problem). I should have enough of this left over to edge the Sneeze Guard and make it a snug fit. I’ll update this post later with whatever solution I hopefully come up with.

I used what was left of the Foam Wall Guard mentioned in the previous paragraph to close up the gaps somewhat and to tighten things up a bit with regards to leg room. Here are the results: